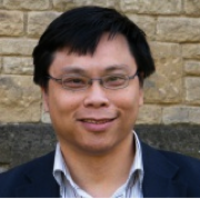 Edman is a Professor of Inorganic Chemistry and Head of Wolfson Catalysis Laboratory at Oxford Chemistry since 2007. He also serves as the catalysis theme co-ordinator in the department. His main research interests are on nanomaterials and heterogeneous catalysis concerning energy and environment which include developments of catalytic, photocatalytic and electrocatalytic technologies for green chemistry, fine chemicals, cleaner combustion, energy storages, processes and production, ammonia and hydrogen technologies including fuel cells, etc. Particular expertise is in design and architecture of nanocatalysts and their in situ diffraction and spectroscopic characterization, which can lead to understanding of catalytic surfaces and interfaces.

From 2004-2006, he was the personal chair professor of the Chemistry department at Reading University, serving as Director of Research, followed by the appointment of the Head of Reading Surface and Catalysis Research Centre (2000-2004). He was a Royal Society University Research Fellow between Oxford and Reading (1995-2000). He has more than 400 referred publications with h-index of about 70, 6 book chapters and 16 patents. He has been the top 10% highly cited researcher in RSC general chemistry (2014-2016). He has won a number of international awards including WGO award, London University (1993); IChemE award on iAc innovation in catalysis (2005), IChemE NES Awards for Novel Engineering-shortlisted candidate (2008); Royal Society Kan Tong Po Professorship (2012); Royal Society Green Chemistry award (2012) and Royal Society Surfaces and Interfaces award (2013), etc. He has recently found OXGRIN www.oxgrin.com for the development and commercialisation of breakthrough catalytic technologies in green energy applications.